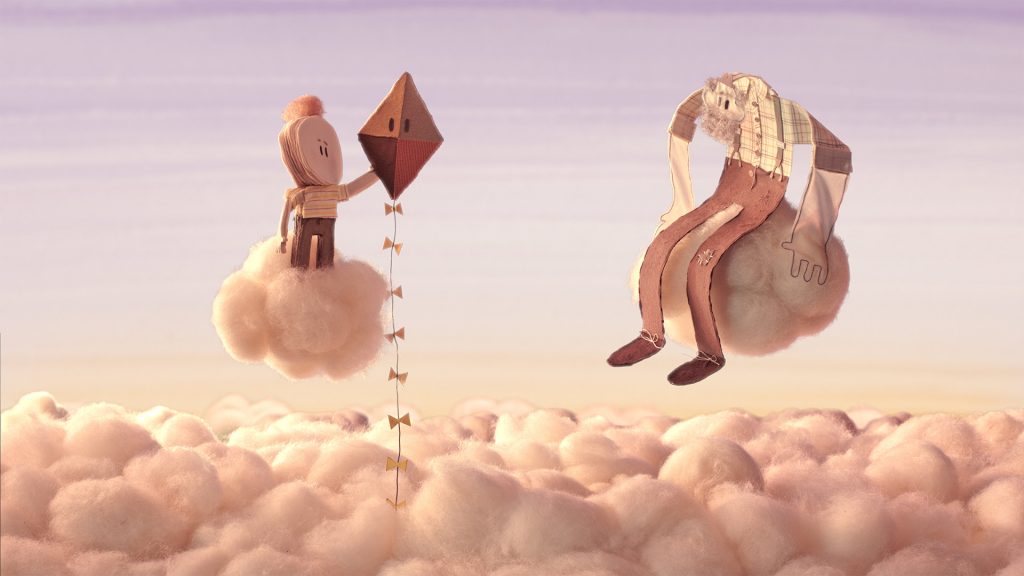 Children, as well as spectators, are the jury of the festival and their critical eye and their assessments are the ones that determine the audience awards for the best works exhibited. In Pequefilmes 2020 the short films The Kite, a story about saying goodbye to a loved one made in stop motion and premiered at the Berlinale 2019, and O 28, the hilarious adventure of an out-of-control streetcar through the streets of Lisbon, were the two films chosen as winners of the Fanecas (+7 years) and Miñocas (+3 years) sections.

Endowed with an amazing stop-motion technique that plays at all times in favor of the plasticity and the story, The Kite is a prodigy in contemporary animated cinema. Martin Smatana is able to transfer to the viewer in just 13 minutes the special relationship between a grandfather and his grandson, to talk about the first experience of the loss of a loved one, but with great skill to lead to a bright, magical and touching ending that describes the overcoming and the maturity process.

A moving story that is underpinned by a spectacular audiovisual concept, based on the use of textile textures, layers of fabric and impeccable photography, music and editing. All these reasons have led the young viewers of PequeFilmes 2020 to award it this year’s Fanecas Award.

Martin Smatana (born in 1991 in Slovakia) graduated in Animation at the FAMU Film School (Prague, Czech Republic). His debut feature Rosso Papavero (2015) premiered at the Berlinale 2015, screened at over 200 film festivals and received 15 international awards. The Kite repeated premiered at the Berlinale 2019, was selected for the semifinals of the Student Oscar Academy Awards, and included in the MoMA (Museum of Modern Art, New York) Film Collection. This film has also won awards for Best Children’s Film at the Annecy, Stuttgart and Anima Mundi (Brazil) festivals, and Best Animated Short Film at Austin and Palm Springs.

With a diametrically opposed conception in every sense, but sharing an unquestionable quality, the French production O 28 completely seduced the large audience of the Miñocas Section (+3 years) and was awarded all its merits.

O 28 is a 3D short film made as a graduation project by six animation students from the prestigious University of Supinfocom Rubika in Valenciennes. If The Kite was wrapped in nostalgia, romanticism and sensitivity, Caussé, Collin, Gradel, Marchand, Merle and Meyran bet on rhythm and speed to build a revamped slapstick that takes us on an uncontrolled journey by land, sea and air crossing Lisbon aboard a runaway streetcar in the company of a couple of German tourists and a gentle old lady.

Wild, vertiginous, hilarious and irresistible, O 28 is also a warm tribute to the Portuguese capital, because along with the outstanding work of character design and animation, also shines an affectionate and very careful recreation of the city and some of its most emblematic places.